Christmas is a time for joy, for giving and sharing, for laughter, for coming together with family and friends. The word Christmas comes from Cristes maesse, or “Christ’s Mass”. Christmas is an annual holiday that celebrates the birth of Jesus. Now traditions have come to include the display of Nativity scenes, Advent Wreath,Holly and Christmas trees, the exchange of gifts and cards, and the arrival of Santa Claus on Christmas Eve. 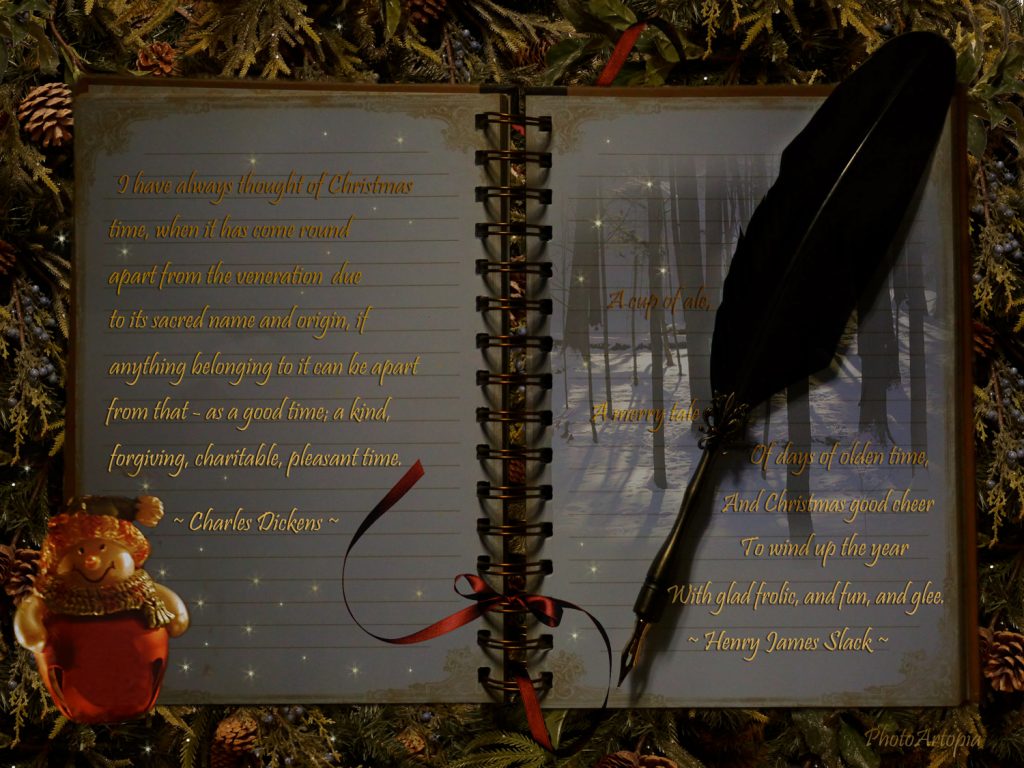 The custom of having a Christmas tree in the home came from Germany. In medieval times, German people had a ‘Paradise tree’. This was a fir tree hung with apples and candles. In 1800 Queen Charlotte, the German born wife of George III, as far as we know, had the first Christmas tree in Britain at a Christmas Day party at Windsor. Members of the Royal family had Christmas trees long before ordinary people. Princess Victoria had one in Kensington Palace in 1832. The person responsible for Christmas trees becoming popular in Britain was the German Prince Albert who was Queen Victoria’s husband. In 1848 he allowed ‘The Illustrated London News’ to print a picture of the Royal Family gathered round their Christmas tree. After that everyone wanted one. Victorian trees were decorated with candles, fancy cakes and sweets.

A popular Christmas tree is the mistletoe. It is a plant which often grows on other trees and shrubs. The white berries are full of a sticky juice. There are lots of legends and traditions surrounding mistletoe, the most well known and popular being the kissing one. It was believed that kissing under the mistletoe would lead to marriage. From the earliest times mistletoe has been one of the most magical, mysterious, and sacred plants of European folklore. Another popular Christmas plant is the Holly. Holly is a traditional Christmas decoration, used especially in wreaths. The plant with its shiny green prickly leaves and red berry has come to stand for peace and joy.

Reindeer has come to be associated with the Christmas tradition, as leading Santa Claus’s sleigh. We know that from at least 1820’s Santa Claus has been living at the North Pole with a large number of elves and nine flying reindeer. The names of the reindeer are; Dasher, Dancer, Prancer, Vixen, Comet, Cupid, Donner, Blitzen and Rudolph. This team pull Santa’s sleigh of toys round the world with Rudolph guiding the way with his bright, shiny red nose. 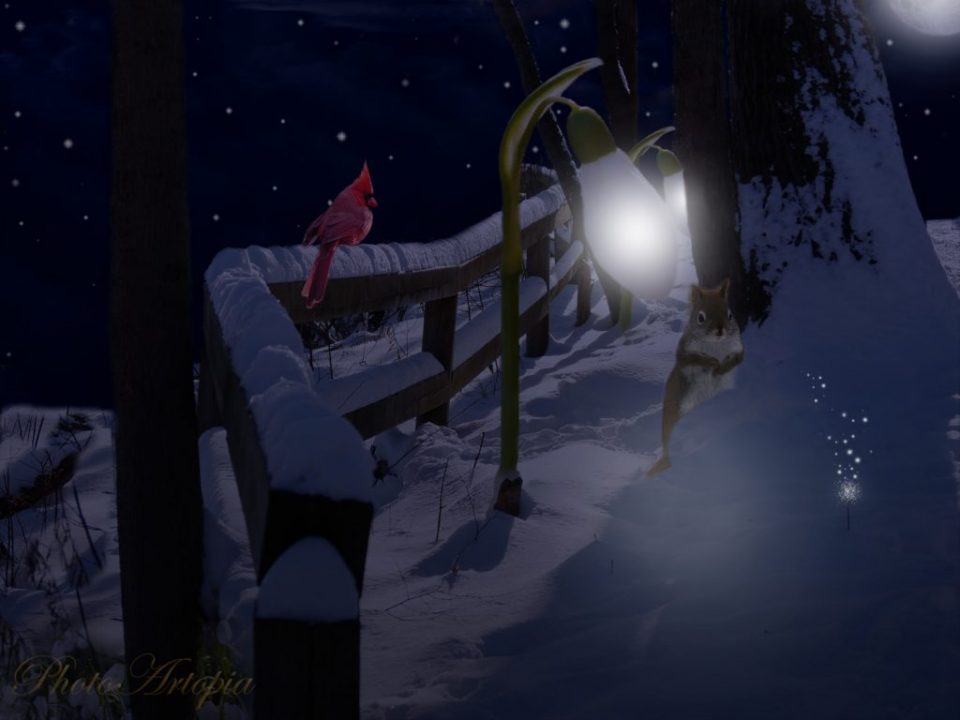 We feel cold, but we don’t mind it, because we will not come to harm. And if we wrapped up against the cold, we wouldn’t feel other things, like the bright tingle of the stars, or the music of the Aurora, or best of all the silky feeling of moonlight on our skin. It’s worth being cold for that.